There are two kinds of alpaca in the world, the Huacaya with a fleece-like coat and the Suri with long, shiny lock. Top-up your alpaca know-how with alpacas facts. 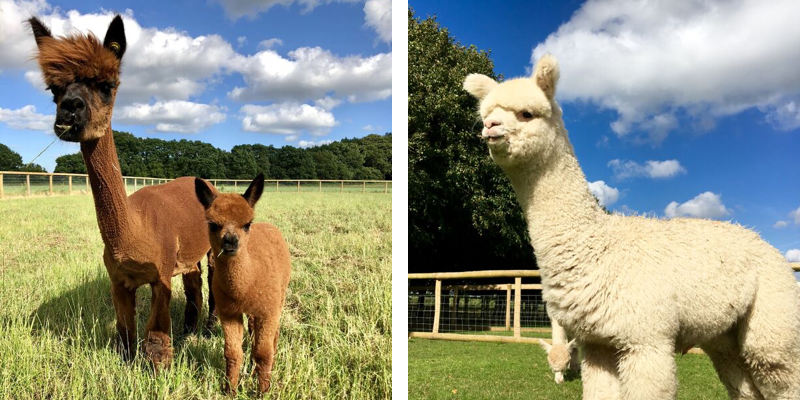 Alpacas are members the camelid family native to South America, very closely related to the llama. While similar in looks to the untrained eye, there are several noticeable differences between alpacas and llamas. For instance, alpacas are almost half the weight and stand almost 10 inches shorter at the shoulder than llamas whose banana-shaped ears are much longer than an alpacas’ short, spear-shaped ears. Above all, an alpaca’s luxurious fleece make them sought-after for breeding.

There are two breeds of alpaca in the world; Huacaya and Suri. The fibres of both breeds are soft and luxurious but they have distinct qualities. The Huacaya fleece-like coat grows in thick, tight curls whereas the Suri wears long, shiny locks noted for its lustre. 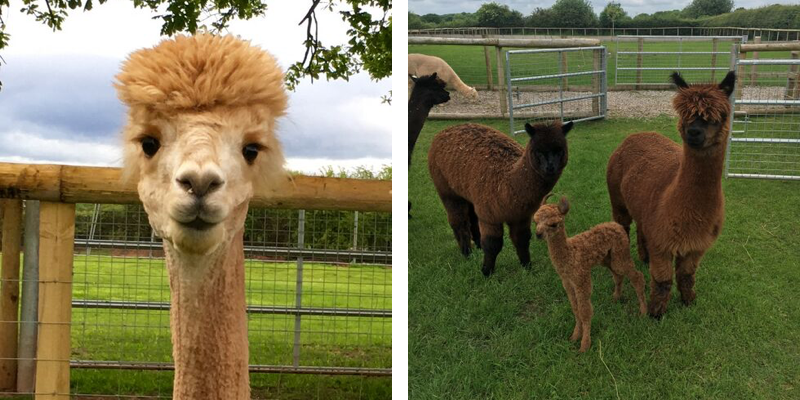 Alpacas are herd animals so they’re happiest in a group. A minimum of three alpacas should be kept together with a stocking rate of five to six per acre of land. Their friendly nature means alpacas can be happy co-existing in the same field as horses, donkeys and sheep. However, be sure to ask about individual suitability of each alpaca before homing them with others. Alpacas are often kept as guard animals protecting lambs and chickens from foxes and other prey.

Well-known for their peaceful, docile temperament, alpacas are graceful animals. Their intelligent nature makes them easy to train from a young age. Unlike other livestock, alpacas don’t bite or butt. They’re an incredibly calming presence to be around. Once they get to know their owners and feel safe, alpacas may allow their backs and necks to be stroked and most will happily hand feed. A humble feeling for any alpaca owner. 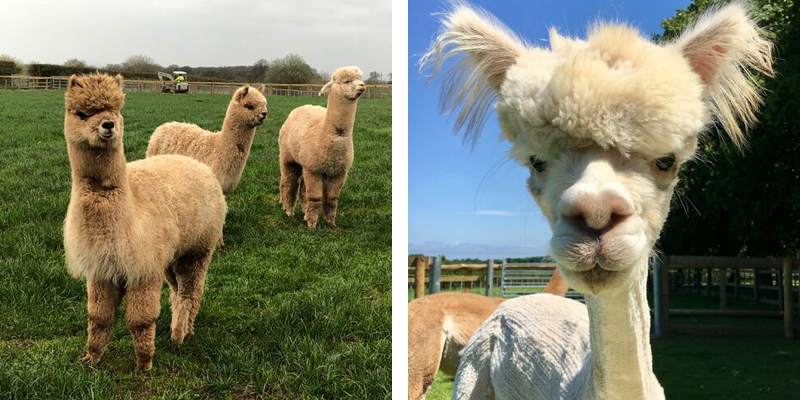 Alpacas make little noise as they gracefully go around their daily routine. They do, however, use humming and spitting to warn off fellow alpacas. Occasionally shrill alarm calls are made should alpacas get frightened or angry. Male alpacas dutifully serenade females during breeding with a throat “orgling” noise.

A widespread alpaca community thrives across the UK and USA. Regular alpaca shows parade the finest fleeces around. As well as showcasing the highest quality pedigrees, alpaca communities promote the animal’s welfare and share a wealth of knowledge with owners. 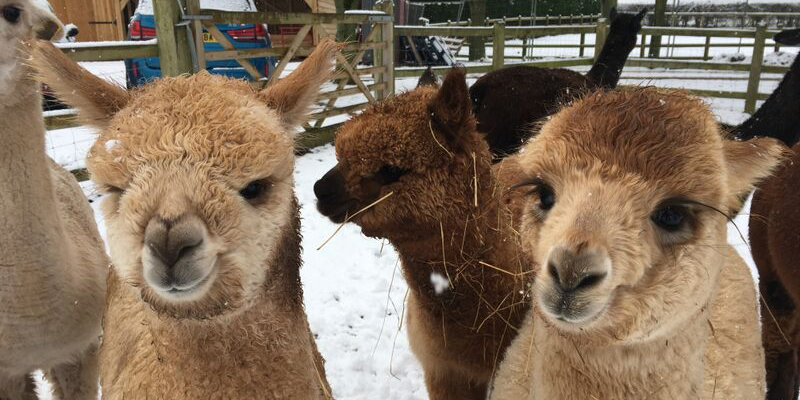