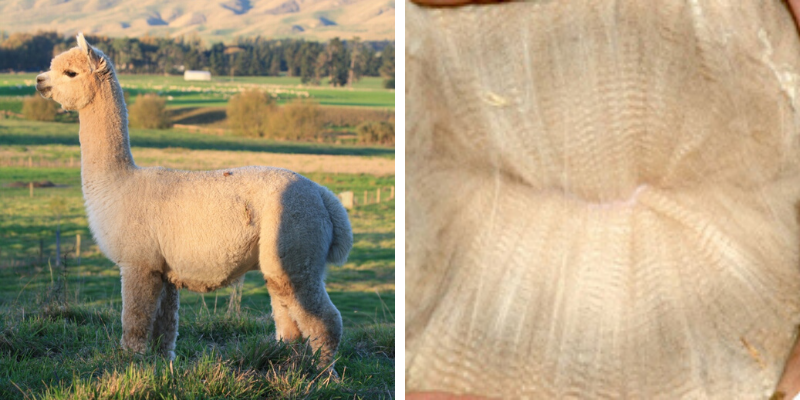 Timbertop CT Goldmine ET was purchased from Beck Brow Alpacas in 2019.  Goldmine came to Acton Hill Alpacas to improve our own herd and bring his elite genetics to the Midlands area, making them more accessible to breeders large and small. After being imported into the UK in October 2013, Goldmine spent 5 years as a working stud at Beck Brow Alpacas where he sired over 100 progenies. 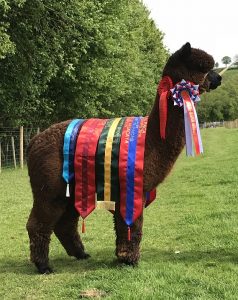 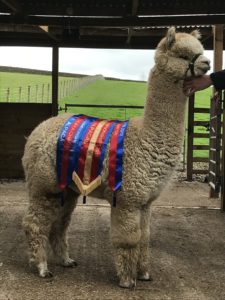 Offering sought-after Australian genetics, Goldmine was sired by the renowned Patagonia Celtic Triumph, winner of 7 Supreme Championships. This, combined with Purrumbette El Dorado on both his dam and sire’s sides, make this fawn male something special. His dam, Timbertop Miss Twiggy, was used by Timbertop Stud in their ET programme and has produced 5 certified stud males who are working both in Australia and Europe.

With elite genetics behind him, it comes as no surprise that Goldmine has a stunning fleece. His fleece stats taken at 5 years (November 2012) are: MFD 17.4, SD 3, CV 17.1 % CF 100%. This is incredibly fine for a working male of this age. Add to this great density, fleece growth and uniformity of colour, Goldmine is superb at giving great fineness, density and organisation to his offspring. Paired with a good female, Goldmine takes cria to the next level. However, it doesn’t matter if you have a female who isn’t fine or particularly dense as Goldmine will do his magic. Goldmine has had very good progeny to dams of all colours, including grey. He is a compact, perfectly balanced male with great strength of bone and a very stylish, true-to-type head shape. Goldmine has real presence in the paddock.